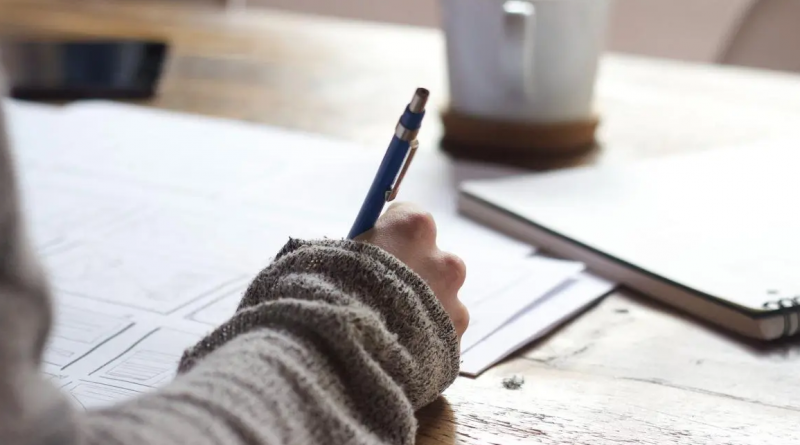 Communication has evolved into many forms since the inception of our species and over these billion years the form of writing has evolved out to be the most major form of communication thus far.

In a nutshell, writing is anything that conveys a message from one person to another using various signs and symbols.

In simpler terms, conveying anything that you speak or want to speak in a written format is referred to as writing. There are 2 major elements involved in it:

Emotions add reading worthiness to writing and language helps a person to read it. Without emotions, any piece of writing is meaningless and without language, one cannot understand it. They both got one-to-one. If there is a defect in any one of them then a piece can’t be referred to as writing.

Traditionally, writing on a piece of paper with the help of a pen or a pencil was the ideal way. However, times are changing now, and writing electronically is becoming much more popular (take this article as an example). Whatever you can write offline is possible to do online and even more so!

So, if you have just started in this field then opting for writing online can bring out a lot of benefits for you based on its present state and future predictions.

Basics Of Writing To Get Started With…

If you’ve been reading regularly for quite a while now (which I guess you do) then I am more than sure that you would’ve seen those professionally written articles on those big publication sites and magazines such as Huffington Post, CNN, Forbes etc. And after checking out those articles you might have thought, Damn Man! that’s some high-end stuff, how did they end up writing that?

Now, that’s the question you should be asking yourself.

Writing is a skill and ending up writing such an article is an art.

In order to accomplish those, you gotta make sure that your basics and language skills are impeccable. Adding emotions to your piece is secondary and is worthful only if you have a nice grasp on whatever language you speak or want to write in.

So, how to get your language skills right?

To get your language skills right you got to focus on 3 major things. These are:

Only after you get to a good level in all these 3 essentials will you be able to write well because they all facilitate writing skills.

You might be wondering as to what that good level is?

The answer to this question is simple.

When you reach the stage of fluency then it means you are on a good level.

Furthermore, you need to understand that every language is unique and has its own traits, and you need to master those traits as well. For instance, in the English language, vocabulary, sentence formation & structure, verbs, and punctuation constitute the major parts of such traits.

On a broad basis, there are exactly 4 styles of writing that define a specific piece of writing. Now, you might be thinking like how’s this possible? Every writer has his/her own style by nature because every human is different which technically is correct but these individual styles ultimately fall under these 4 basic styles either singly or with a combination.

To figure this out understanding every single one of these four styles is essential. These are as follows:

The descriptive writing style is opted for that content whose main purpose is to describe a subject. This subject can be anything in nature. It maybe your car, a random person, your property, someone else’s property, your pooch etc.

If you would just recall those junior English classes in the school then you will easily figure out what I am talking about.

Remember the way we used to describe a scenery?

Anyways, if you’ve no idea of what the hell I am talking about then here are some examples to give you a bit more clarity about it:

Now, it’s very unlikely that you haven’t read any of those at least once in your lifetime. Everyone has and most of us read stuff like this almost every other day.

Descriptive writing is very popularly used as it involves providing a vivid description of a scenario from one’s experience which happens all the time!

Expository writing is also a very popular writing style among authors and general writers. If you would just head over to a basic surfing over the web on different websites then there’s over a 99% chance that you will find out such an article within just 3-5 pages.

If you are into digital products then I bet that you would’ve seen those huge sales letters, tons of testimonials, explanatory videos, promotional videos and a bunch load of other stuff.

But what’s the point behind all of this?

Persuasive writing involves writing with a purpose of convincing their end user (which is you). Therefore, persuasive writing is filled up with personal bits of advice, opinions, testimonials etc. A major part of such a content is that it is filled up with biasedness because the writer wants you to agree with himself/herself and that is possible only if his/her claims are justified from your side.

Some examples of persuasive writing include:

If you are into writing a book or something similar then you would probably know this one.

Narrative writing is the one in which the purpose is to throw light on a story. The story may be fictional or non-fictional. Such a writing is filled up with a series of dialogues coming in from a varied number of characters that are involved in the story. A major portion of such stories is focused towards the entertainment of public but a few tend to provide life and moral lessons as well.

Narrative writing usually has a plot attached to it that is complementary to the whole story itself.

By now you should have obtained a great understanding of the styles of articles and books available and you would’ve discovered the style you want to write in.

TOP TIP: Instead of sticking up with a single style try to use a combination. This will make your article more interesting, worthwhile, and unique.

QUICK QUIZ: Let us know what do you think about the style of this article and I’ll correct you if you will be wrong.

See More Articles: Should You Buy a DSLR or Point and Shoot Digital Camera?

If you’re thinking of putting some outdoor plants in your garden but you don’t have access to much natural sunlight,

What Outdoor Plants Are Safe For Dogs?

Can Outdoor Paint Be Used Indoors?

Can Outdoor Lights Be Used Indoors?